Beating the competition every year!
We have been testing our compost off and on since 1997 to ensure consistent and high quality. 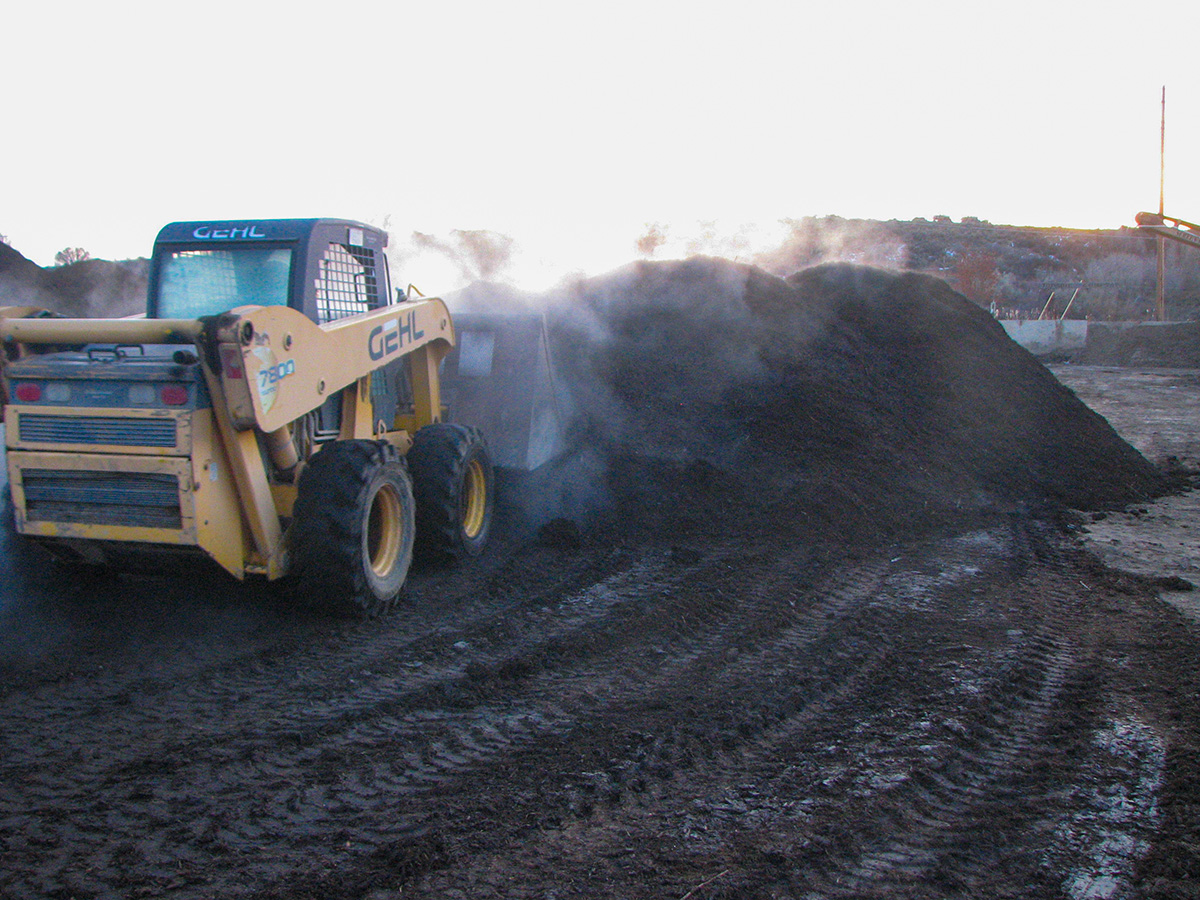 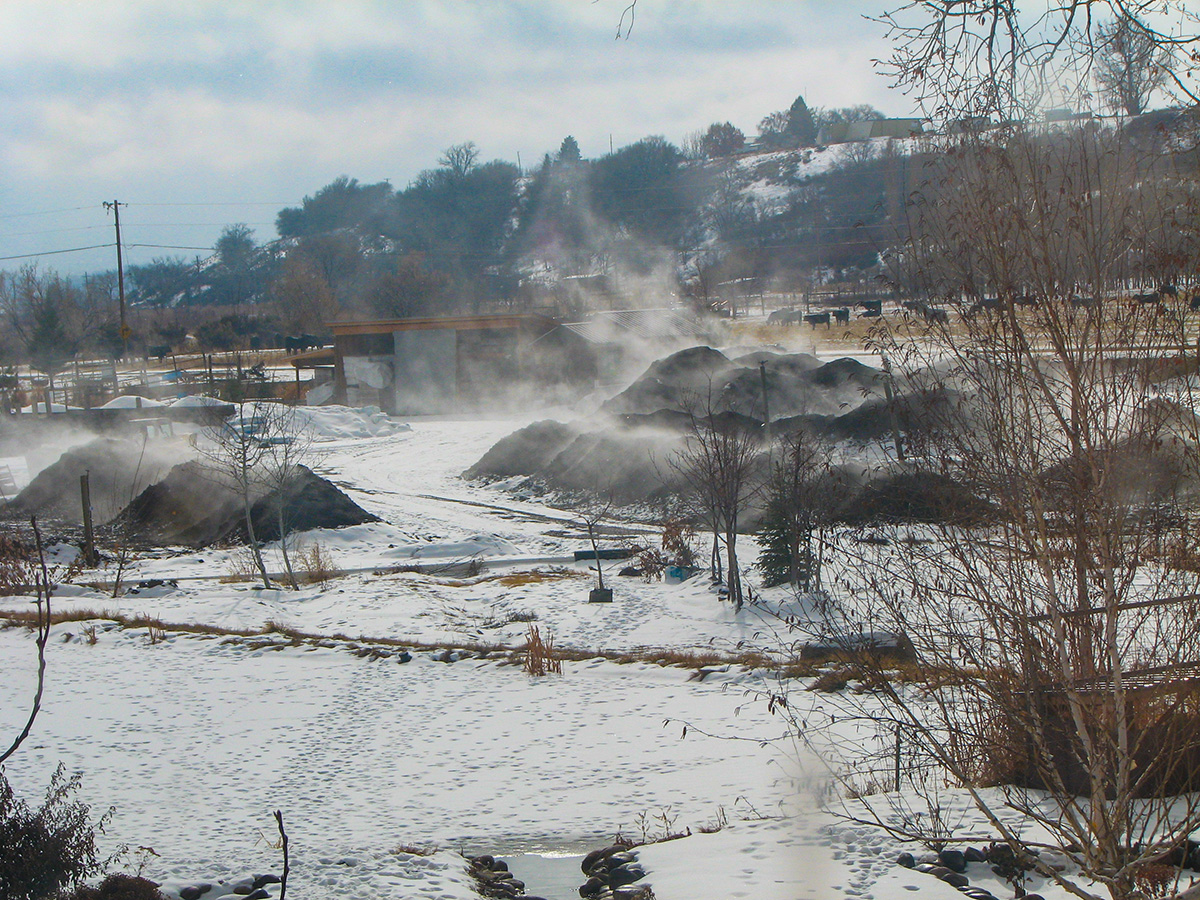 Compost is King we are very proud ours:

Our compost tests out better than all of our local competitors, as well as some national brands. We test our compost every year as well as our competition to ensure the highest quality we can provide. It is made with all natural organic materials such as grass clippings, leaves, ground up wood products, etc. It is watered down then wind-rowed, aerated and turned many times during the winter months to keep the bacterial count high and action very hot (140+ degrees) to ensure pathogen destruction and rapid breakdown to a stable compost. Our compost is usually not sold until at least one and a half years old. We also screen the compost to several blends from the non-screened coarse compost to the screened medium and fine blends. Course compost makes an excellent mulch after all planting as well as to be used in gardening of flower beds as the primary soil amendment. Fine compost is truly excellent for use as a lawn top-dress for those lawns that are struggling. Compost, if you could only add one ingredient, would be the single most important ingredient to add in any soils, specially heavy clay soil. 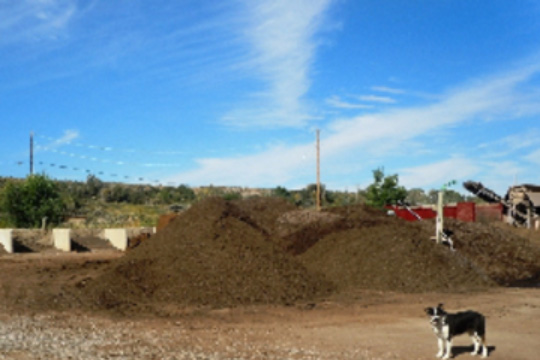 Compost tilled into the soil will improve it in numerous ways.  It can also be used as a decorative mulch.  It will keep the sun and wind off the soil as an insulation.  This both retains moisture, and keeps the soils temperature more consistent.  If that wasn’t enough, it also feeds the plants every time water passes through on its way down.  The fine particles in compost tend to work their way down into the soil and slowly improve soil structure and tilth.  Compost being chocolate brown is an excellent background to make your flower colors really pop!  In our opinion, it is a better choice than bark, cedar, or other decorative mulches.  The small nutritious fines in the compost help meld with the larger pieces and keep it from blowing somewhat.  Lastly, compost is usually less expensive than other decorative mulches….and we recommend you try it.  We think you will find it a wonderful addition to all your yard and gardening needs.

In today’s world, Herbicides and Pesticides are being used more and more in ever increasing amounts and for more uses than ever before. That said, Herbicides especially, are showing up in hay, manures (such as cow, horse, sheep, etc.), and compost in more instances than ever before. Unless you first test the hay, manure, or compost before you put it into your gardens or raised beds you are risking the possibility of herbicide contamination, which could persist in some cases for up to 3 years.

Generally, 1 to 2 years except in extreme cases. The best way to test for it is a bio-assay – which is a fancy name for “Grow Test”.

Here’s how – Take one or more tomatoes from seed and plant them in 10 gallon or larger pots with the intent to grow them for 5 to 6 weeks or until they are well over a foot tall. Generally, if a tomato gets 14-16” tall and shows no leaf curling or distorted new growth, then all is well and it’s safe to plan all your stuff. (Since this process takes 5 to 6 weeks, start early like mid March or sooner!)

The only way to not have to do “Grow Test” is to use certified Organic Compost in your soil or soil mixer. It’s a little more money if you want the peace of mind and it saves you 6 weeks of “Grow Test”. We here at Beaver Lakes Nursery sell our compost after it’s in its second year of composting as most literature says most, if not all, herbicides are destroyed by the composting process after 2 years and also by the action (ingestion) of millions or billions of soil microbes, which literally feed on the compost as well as the herbicide chemical and when the herbicide passes through all these microbes, it is rendered no longer the chemical molecule it once was and the problem is eventually solved – Go microbes!

Moral of the story is, be careful before putting hay, manures and compost into your garden by doing “Grow Test” or by certified organic compost (which we have) into your grow mix.

NutrientMulch is a versatile and nutrient rich compost/mulch which can be used in two ways.

Nutra Mulch is made from the bedding of 5 million turkeys which are all fed only Organic food. They eat better than most people. Hence a Certified Organic Compost.

To our Beaver Lakes customers:

In 1997, we began a small compost operation which continues to this day. We collected: grass clippings, tree trimmings, hay, leaves, etc. And had them ground up, made windrows, added water and then mixed and turned the windrows (aeration) many times over the winter months until the compost became stable. This worked very well (for 23 years) from 1997 until 2021, when we and a few of our customers noticed ours and their plants growing but not flourishing. We came to the conclusion that there was some herbicide contamination in the compost, so we stopped selling our own compost in mid-May of 2021. We began buying compost from the Mesa County Composting Facility called Mesa Magic in May. We sold about 1,000 yards of their compost throughout 2021 and had no herbicide issues. We are still buying compost from them this year.


Mesa County has been making Mesa Magic Compost for 20 years. According to them, they have never had any herbicide issues in their compost and that’s great news, but they could have an herbicide issue one of these years just like we did after 24 years of making compost. The chances are slim that they could have any issues because they are very thorough in their procedures, but there is still a chance. For that reason, Beaver Lakes Nursery offers a “Certified Organic” compost called Nutri-Mulch, which is a very good product but more expensive than a non-certified product. We cannot and do not guarantee Mesa Magic to be herbicide-free as it is not an organic product. Mesa Magic has a great reputation and has been making compost for 20 years with no issues. So you have a choice, Mesa Magic not certified organic or Nutri-Mulch which is certified organic. Thank you for reading this!